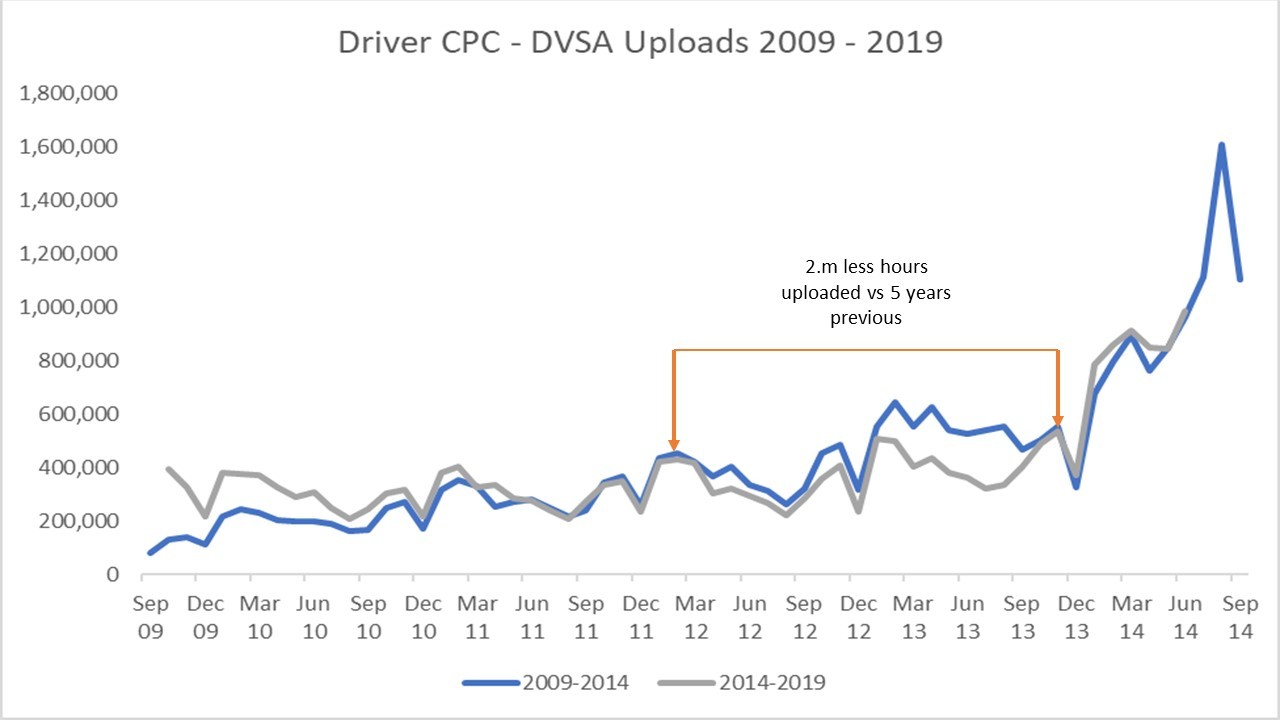 With less than 3 weeks left to the ‘acquired rights’ Driver CPC deadline on 9th September, I thought I would provide an update on the performance of periodic training uploads. The data is extracted from DVSA’s monthly figures, but presented in a slightly different format.

The first thing you notice is how remarkably similar the shapes of the lines are across both cycles, not just in tracking the volume but also the shape. The peaks and troughs seem to indicate operational ‘peak’ periods and holiday seasons. Then, something happens at the start of 2017 – collectively and comparatively, the industry starts to train a lot less drivers.

At first it was marginal, but once we got to the start of 2018, total training hours were nearly 200,000 less per month. This continued up up until January 2019, when the trend reversed. Although the grey line now tracks ahead of the blue, it is trying to catch up on 2 million less hours being delivered over the previous 26 months.

If you look at the start of the grey line (October 2014), it looks like we charged into this 5 year period. However, it’s important to note that the grey line is a continuation of where the blue line finishes – some of those training hours arguably belong to the previous five year period. That’s not to say that there were drivers going about their business illegally; they could have been occasional drivers – those not prioritised at the peak in September 2014.

Is the industry on the cusp of major non-compliance? Truth is, I don’t know, but then no one probably does. It is useful to map the two periods against each other, but there are a quite a few data integrity issues with doing so. Firstly, drivers obtaining a vocational licence since 2009 have had to pass the ‘Initial’ Driver CPC. The date they achieve it is the starting point for their own 5 year periodic training cycle.

Secondly, we don’t know if the pool of drivers in the UK numbers the same as it did five years ago. We can tell how many vocational licence holders there are, but not how many are actively employed as a driver. There’s also a national driver shortage. And, drivers who are EU nationals are reportedly returning home, possibly further reducing the training requirement.

EU workers aren’t tracked the same way as non-EU workers. Up until recently, immigration of EU nationals was thought to have been in decline, since 2015. Today however, the ONS (Office for National Statistics) stated that migration of EU nationals could be up to 16% under estimated. What I’m saying in a round about way is, don’t blame me if the numbers are a bit fuzzy!

I hate to use the ‘B’ word at this juncture, but Brexit does seem to have been unhelpful with respect to Driver CPC progress. Whilst I can understand a driver’s motivation for thinking it will go away, I just can’t imagine that business leaders will have gambled on the statutory training requirement being removed. In terms of risk, both legally and operationally, it’s significant. DVSA and the Traffic Commissioners have been clear on their position: the training needs to happen, or face the consequences.

Ultimately, the periodic ‘peak’ will flatten as those ‘acquired rights’ drivers leave employment and are replaced by drivers requiring the Initial Driver CPC. However, this hasn’t happened this time round, and may even still be with us at the next five year mark (September 2024).

I hope I have provided a sufficient caveat to this piece, but just in case, I’ll do it again – this is by no means a bulletproof piece of analysis. It is quite interesting though. But then I would say that, I’ve been updating a chart for 10 years! 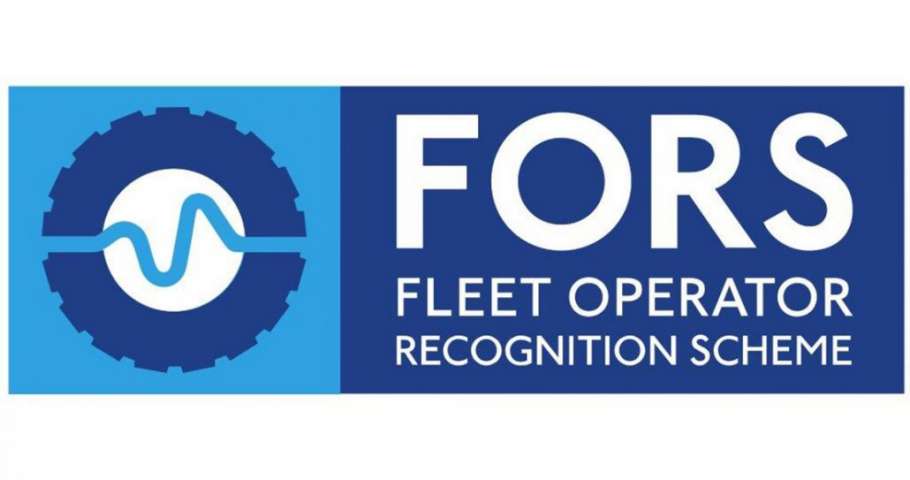